This search form uses an instant search feature. As you type, search results will appear automatically below the search field. When you've entered you desired search terms use tab to navigate through the available results and hit enter to open the selected page or document.

Magnolia Public School District is committed to bringing unique learning opportunities to our students and we are pleased to introduce a new, free reading service providing...

Magnolia Public School District is committed to bringing unique learning opportunities to our students and we are pleased to introduce a new, free reading service providing... 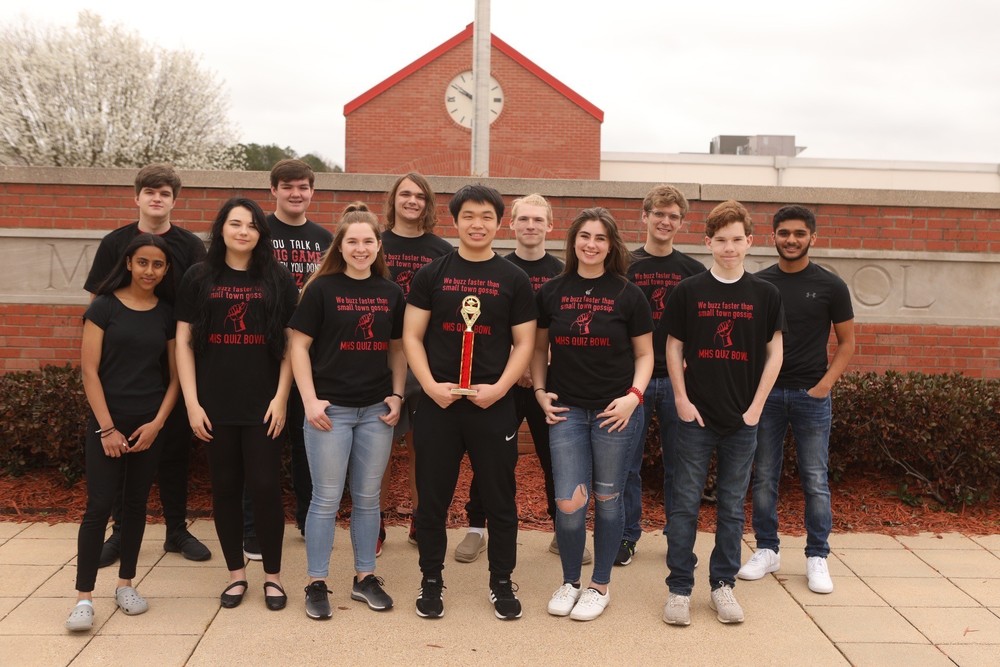 Magnolia High School Quiz Bowl competed at 5A AGQBA Regionals on February 26th, placing 3rd behind Morrilton and Vilonia. They are one of the 9 5A teams advancing to state...

Attention Seniors!!!
Graduation is set for May 20th at 7:00p.m.
In Panther Arena.
Practice is set for the day of graduation at
8:30a.m. in the arena. Please bring your cap and gown to practice.
Each graduate will receive 8 tickets.
Congratulations to all of you!!

Magnolia High School senior, Dorian Pressley, was recently awarded a scholarship from members of the Magnolia Junior Charity League (MJCL). Dorian received a $1,000 award that may be used to attend Southern Arkansas University or SAU-Tech.

The members of the MJCL organization volunteer to promote projects that improve Columbia County by assisting the needs of the children of the community.

WILSON WINS WOODMEN OF THE WORLD AMERICAN HISTORY AWARD
Magnolia High School senior, George Tully Wilson, was named the 2021 recipient of the American History Award presented by the Woodmen of the World. Woodmen of the World is one of the largest fraternal orders in America today. The student selected for the honor must have a proficiency in American History. The Woodmen of the World organization encourages the study of our country’s history by challenging students to make their best grades and demonstrate outstanding performance in American history.
Hunter Fowler, Wilson’s Advanced Placement U.S. History teacher based the nomination on his demonstrated love of both country and community as a student at Magnolia High School.

Magnolia High School senior, Leila Dadgar, is the recipient of the 2021 Mary Brown Florence Scholarship. Mrs. Florence’s son, W.P. Florence, established the scholarship in 1998. The amount of the award is $1,500, which will be sent to the school of choice.

The criteria to be considered for the scholarship includes cumulative GPA, number of AP courses taken, ACT score, extracurricular activities, and participation in athletics or band.

Magnolia High School Television Production instructor, Alix Tiegs, was recently notified that students in the MHS Television Production course had received awards in the 2021 A-State Creative Media Competition. Arkansas State University hosts the competition. The MHS team won first place in the Live Production category and eleventh-grade student, Jaden Bush, won an individual Honorable Mention award in the Long-Form video category. Bush’s video is entitled, “Smashing into E-sports at SAU.” All winners received certificates and were recognized at a live-streamed award ceremony on April 9, 2021 through the A-State Creative Media Production page. The ceremony was archived at http://www.facebook.com/AStateCMP for future viewing.

Jaden Bush’s story, along with other stories from the television production students will be included in the year-end news broadcast. The release date for that broadcast is May 20, 2021 and can be seen on the PanthersTV YouTube page at www.youtube.com/PanthersTV.

The last PanthersTV live broadcast of the year will be Magnolia High School’s graduation ceremony. The date is set for May 20, 2021 with the ceremony beginning at 7:00 p.m.

The members of the MHS Television Production team that participated in the competition are: